The craft cider movement is fuelling an orchard revival, as artisan producers seek to showcase local apple varieties in their purest forms.

As this year’s crop of apples slowly ripens on the trees, a new generation of craft cider makers are rubbing their hands together in anticipation. These self-confessed ‘cider geeks’ are honing their trade-craft year on year; searching out traditional apple varieties in forgotten orchards, pressing the perfectly ripe bounty in small batches, fermenting using wild yeasts and bottle conditioning the fruits of their labours as if it were the finest champagne.

This welcome revival – much like the art of cider-making itself - has been a slow ripening followed by a steady fermentation. From its old image of growlers of rustic scrumpy filled at farm gates, to the cheap and cheerful mass-produced ciders of many a misspent youth, for a long while cider was considered anything but a connoisseur’s choice. Gradually things have changed, and these days artisan cider is praised for its ability to reflect a sense of place – just as the great wines of the world do.

James Waddington is Co-Founder of Crafty Nectar, the UK’s leading online store for craft cider. He explains why it’s rich pickings these days for the cider enthusiast. “There is a mini cider revolution happening, as a wave of small scale and highly passionate artisan producers celebrate the rich variety of cider apples which grow here in the UK,” James extols. “This skilful endeavour and craftsmanship means that cider now sits alongside fine wine on the menus of Michelin starred restaurants across the country.” 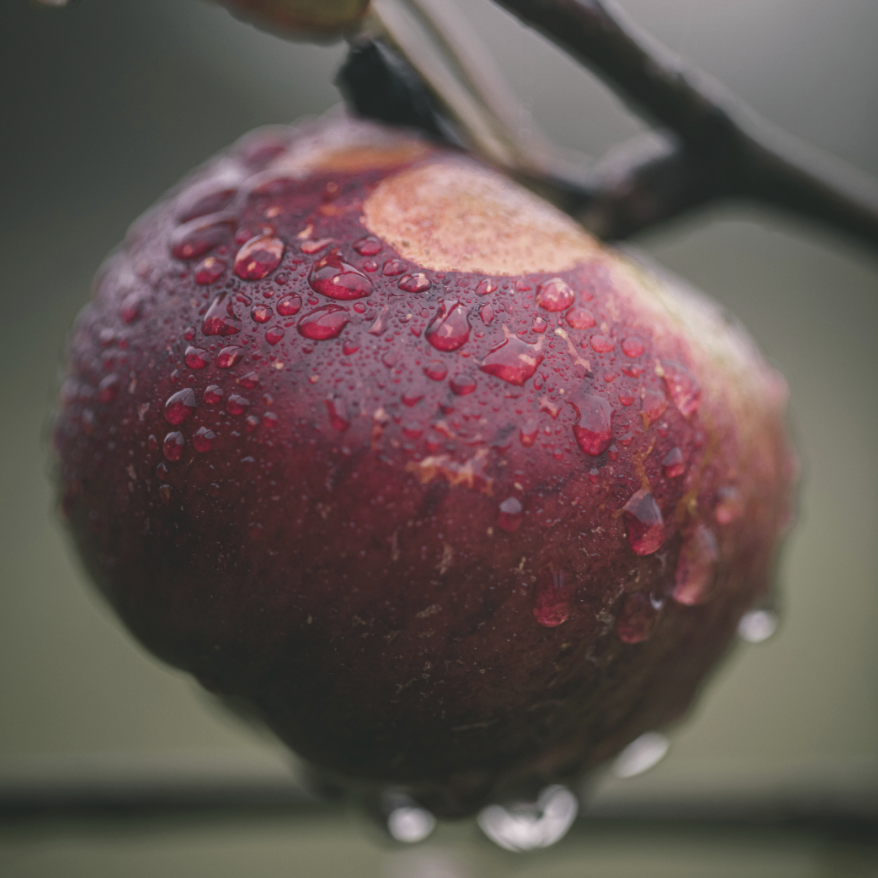 In its raw form & Craft cider from Secret Orchard

One such craft producer is Secret Orchard Cider, which has dual production bases in Somerset and Cornwall. The company was co-founded in 2012 by Joe Heley, a horticulturalist and tree surgeon, and Todd Studley, a chef. The pair of childhood friends went to school together in west Somerset. Later, while Joe trained in land management against the bucolic backdrop of Exmoor National Park, Todd was off travelling the world as a chef, working aboard luxury yachts and in alpine ski chalets. Sharing many a cider whenever they were reunited, the boys realised that they had all the right ingredients to craft their own, aside from orchards of course…

A chance conversation with Tommy Wolseley of Nettlecombe provided the missing part of the puzzle. Nettlecombe Court is a historic country estate set amidst the rolling hills of Exmoor. It was once in the hands of William The Conqueror, and the oak trees which dot the surrounding parkland were specially chosen for the English fleet which defeated the Spanish Armada. Here, ancient walled orchards planted with prime cider-making varieties had fallen into disuse; the boys had found what they were looking for.

A couple of visits and a funding bid later, Todd and Joe embarked on a project to make the very best artisan cider using natural methods. Their knowledge of horticulture and flavour profiles, and their refusal to compromise on high production standards, has resulted in a remarkable range of ciders recognised as amongst the best in the UK.

Joe and Todd now source apples from other growers which share their ethos across Somerset and Cornwall (Todd lives in Falmouth with his family, hence the Cornish outpost). Both counties have a wealth of old orchards where prime cider apples grow in abundance. Their quest to discover these ‘secret orchards’ has led Todd and Joe to some beautiful spots hidden away down farm tracks or behind high garden walls. Many such orchards, which were once the hub of life within a village or grand estate, have gone untended for years and been left to their own devices, their fruit going to waste. Now, with craft producers willing to go to the time and effort to harvest the crop – even from a handful of trees from a smallholding or community space – these ancient orchards are gradually being put to use once more.

For Joe, the prerequisite for a great cider is traditional, non-intensive orchard management. “To us, really good cider starts at ground level in the orchard,” he explains. “We seek out sustainably managed local growers, where no chemicals are used. The biodiversity of these orchards - which are often grazed by animals, bordered by veg patches and ancient hedgerows, and visited by an array of birds, bees, butterflies and other insects – is something to be admired and preserved.” Once the apples are harvested, ‘craft’ ciders are made in small batches rather than on an industrial scale. Secret Orchard is made from 100% pressed juice, using wild yeasts. It is also processed without the addition of sulphites, making this a natural, artisan product which varies slightly from year to year. In fact, craft cider has many parallels with the natural wine movement, which extols the values of organic or biodynamic fruit grown in vineyards high in biodiversity, made in small parcels with minimal intervention.

Once again putting ancient orchards to use

It’s a hands-on, intensely physical process for small producers like Secret Orchard, and a month or so of hard graft awaits them as they scramble to harvest the fruit at just the right time. The apples must be washed, chipped and pressed; the juice is then stored in large barrels whilst the pulp is donated to local farmers to feed pigs and cattle.

Months later the fermented juice is ‘racked’. After it has had time to settle, Joe and Todd will carefully taste each small batch to consider how they might be blended together. “It’s always an anxious wait to see what the juice tastes like, and therefore what character will define the vintage that year,” says Todd, whose favourite cider apple varieties are Dabinetts, Kingston Black and Harry Masters. “The exact balance of all our ciders changes slightly from year to year, just like wine,” he explains. “It depends what the growing season has been like, what varieties we’ve sourced, where exactly the apples have come from, and what state of ripeness the fruit is in when we press it.”

Secret Orchard currently make two different styles from each county; Exmoor ‘Clear’ and ‘Mellow’, and Cornish ‘Crisp’ and ‘Smooth’, plus a popular still cider called ‘Holy Water’. The two friends are also experimenting with adding other hand-picked hedgerow ingredients to their blends. They produce a famous Nettle Cider each year which always sells out quickly, and have just released two new flavoured ciders, Elderflower and Blossom (the latter is infused with rosehips, rose petals and blackberries) both of which promise to become summertime staples. The overriding style of all these ciders is modern, crisp and refreshing, with the character of fruit to the fore. They are specifically blended with food matching in mind; suggested food pairings on restaurant menus is another key characteristic of the craft cider movement, as are smaller servings rather than pints – again the parallels with wine are obvious. Each bottle of Secret Orchard comes with tantalising suggestions of what to drink it with, from roast pork and charcuterie, to sushi, mackerel and summer salads.

For dressing those fresh and delicious salads, more of us are reaching for an ‘ancient elixir’ in the form of cider vinegar. Todd and Joe make their own of course, as do many artisan cider makers. A favourite with top chefs across the West Country, the Secret Orchard product is live and unfiltered, containing the active enzyme called ‘the mother’ – a collection of concentrated natural proteins and beneficial bacteria. “The quality of the apples we use, the natural way they grow, and our low-intervention approach, has resulted in a great tasting vinegar which we are really proud of,” says Joe. Some people drink a teaspoon of cider vinegar every day, swearing by the health benefits, whilst others simply add it to salad dressings and other dishes to give an intense citrus-like kick.

Now one of the UK’s leading new-wave cider makers

From humble beginnings, Secret Orchard have established themselves as one of the leading new-wave cider-makers in the UK. They now have a cult following as far afield as Amsterdam and the French Alps, and have won multiple awards along the way. But, for the next few months anyway, these passionate cider makers will not be straying far from the apple trees of the West Country, as they watch over their precious crop.

From the ground up